Our volunteer board of directors brings a wealth of knowledge and a diversity of perspectives that strengthens Sinclair Health Clinic and its ability to serve.

We honor the memory and legacy of Dr. Sinclair. 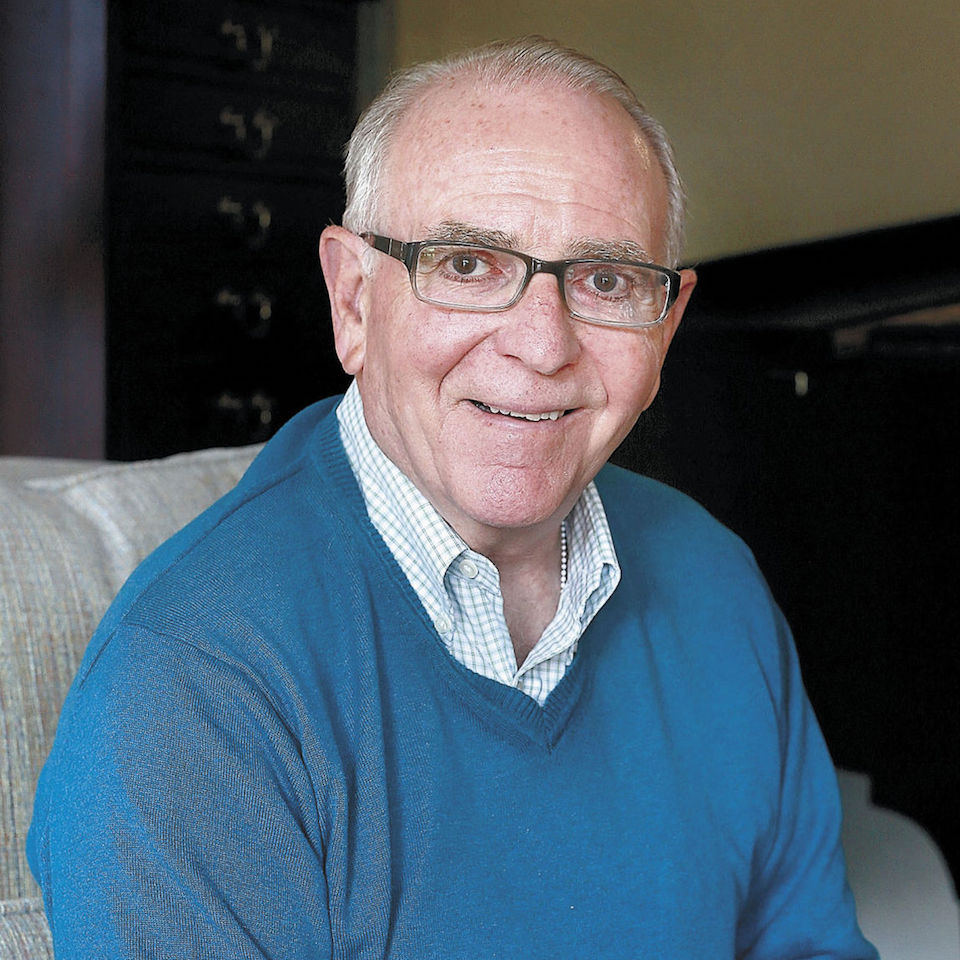 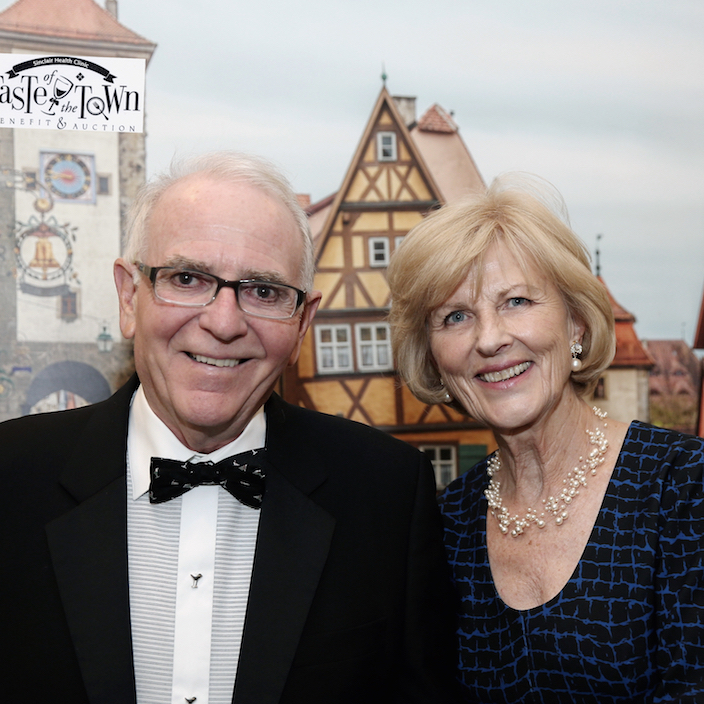 Dr. Terry Louis Sinclair passed away on Friday, November 26, 2021. Terry leaves a lasting legacy of healing and community. Terry was one of the original volunteers who established the Free Medical Clinic in 1986 to help neighbors facing financial hardship attain great health care. He volunteered as the Medical Director for over 30 years and was named Medical Director Emeritus in 2017 and the Clinic was renamed to honor him and his service.

Terry graduated from Johns Hopkins and obtained his MD from University of Michigan in Ann Arbor.  After completion of his surgical residency at University of Missouri, he served in the US Navy during the Vietnam War giving him first-hand insight and training in trauma surgery. He moved with his family to Winchester in 1974.

Terry served as President of Winchester Medical Center staff and then after a 25-year career as a Surgeon. He was recruited as Senior VP for Medical Affairs for WMC and the Valley Health System, serving for 17 years.

He has also served many years as Medical Director for Shenandoah Valley EMS, Chairman of VA State Trauma Committee and Shenandoah Valley Westminster Canterbury, President of numerous professional organizations, Presbyterian elder and Sunday school teacher for over 20 years, Board member of Winchester Rotary, Our Health, United Way and on numerous Committees including Winchester 2020 Future Planning and All American Community.

He loved spending his time with his wife, Diane, three children, their spouses, and his eight grandchildren. 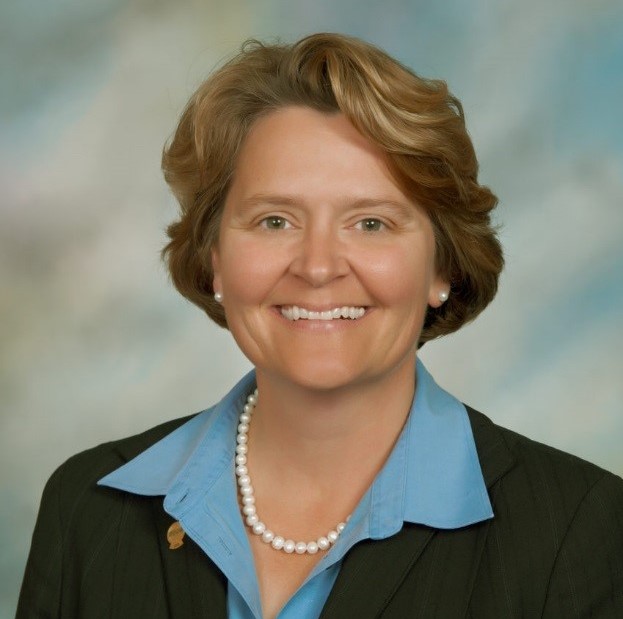 Ms. Robbie Marchant currently serves on the Sinclair Health Clinic board. She has worked as the Financial Services Director (CFO) for Timber Ridge School, a residential treatment facility for middle and high school boys, for over 12 years. She received her MBA from the University of Missouri – Kansas City and BA from Princeton University. Robbie also serves on the Board of Shenandoah Valley Electric Cooperative and the Board of Zoning Appeals for the City of Winchester. 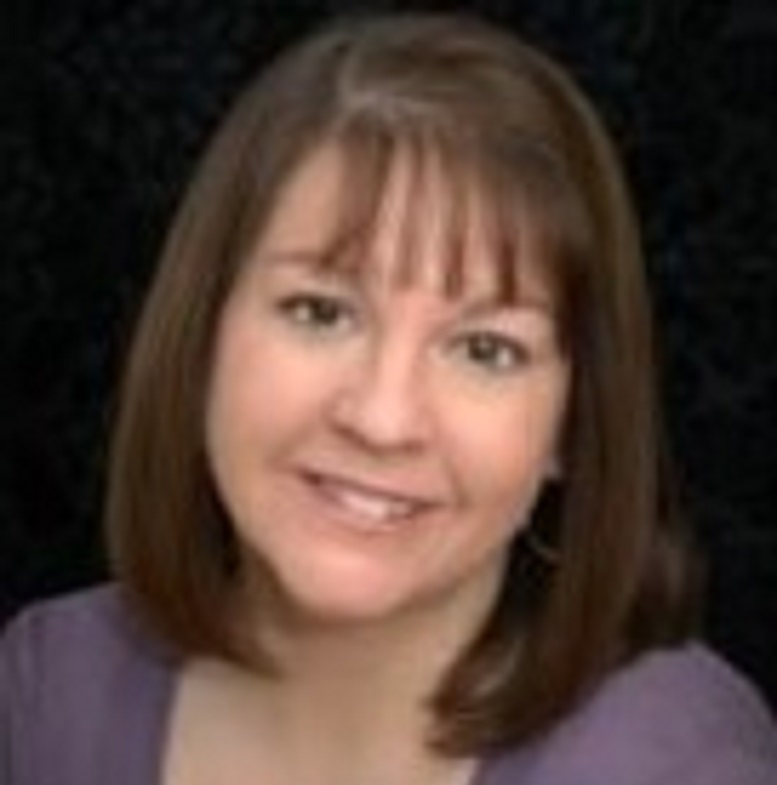 Colette joined Sinclair Health Clinic’s leadership in 2020 and is a long-time advocate for patient-focused and culturally competent care. Board Certified by the American Board of Pediatrics, Colette currently serves the community as a pediatrician at Pediatric Associates of Winchester. Her big heart has her volunteering not just on the clinic’s board, but also volunteering every week in the Clinic. Colette has a long history of service to the community. She has served as Medical Director and on the board of directors of the Make A Wish Foundation in Maine, and served on the Board of Directors of the Maine Discovery Museum, Winterport Open Stage Community Theater, Penobscot Theater Company and the Bangor Symphony Orchestra. 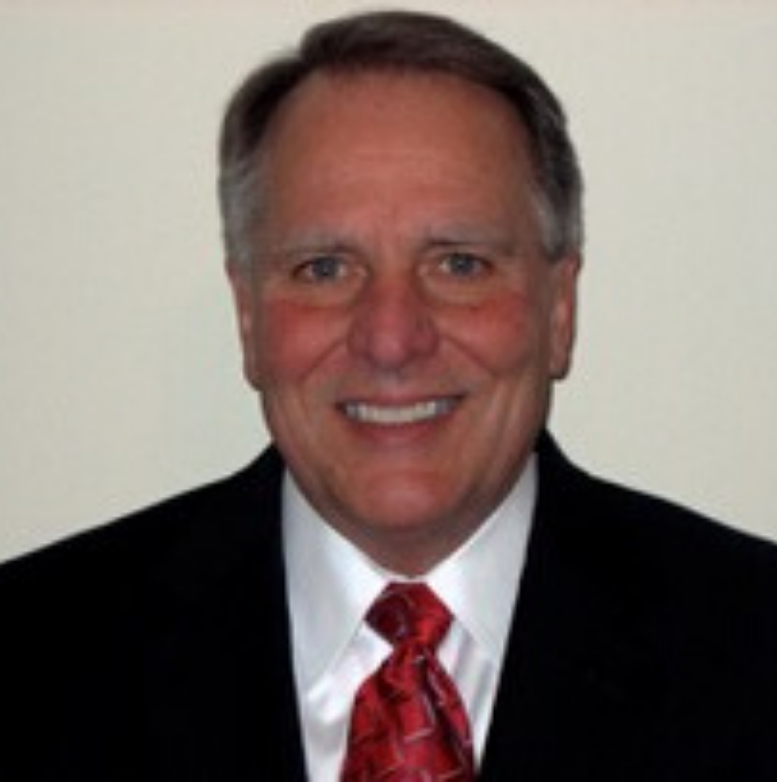 Bob Gail brings years of executive management experience in the for-profit business world having served as president of Continental Commercial Products and senior vice president of Rubbermaid Commercial Products, APC Filtration and Betco Corporation, respectively. Since retirement in 2016, he has focused on giving back to the community. His involvement includes serving as Vice President on the Board of the Fremont Street Nursery and providing training and education to community members as President of the Northern Shenandoah Valley Master Gardner Association.  Bob received his BA in Business Administration from Otterbein University in Westerville, Ohio. 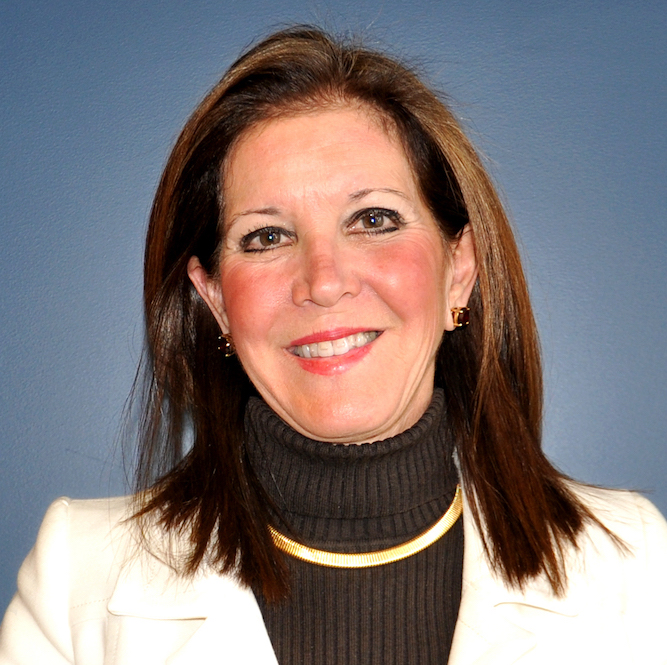 Marie Clare DiLorenzo joined the Sinclair Health Clinic Board of Directors in 2018.  She currently serves as an Associate Broker for OakCrest Commercial Real Estate, specializing in the sale and leasing of all commercial properties with a focus on retail, office, medical and industrial properties in the Winchester, VA, and surrounding market.

Marie earned a Master of Business Administration in Marketing and a Master of Science in Systems Management from the University of Southern California.  She has a Bachelors of Science in Nursing from Towson State University in Towson, MD.  As an active consultant, Marie is a member of the Virginia Chamber of Commerce, the Winchester chapter of Rotary International, the Blue Ridge Association of Realtors, and holds the prestigious CCIM designation. 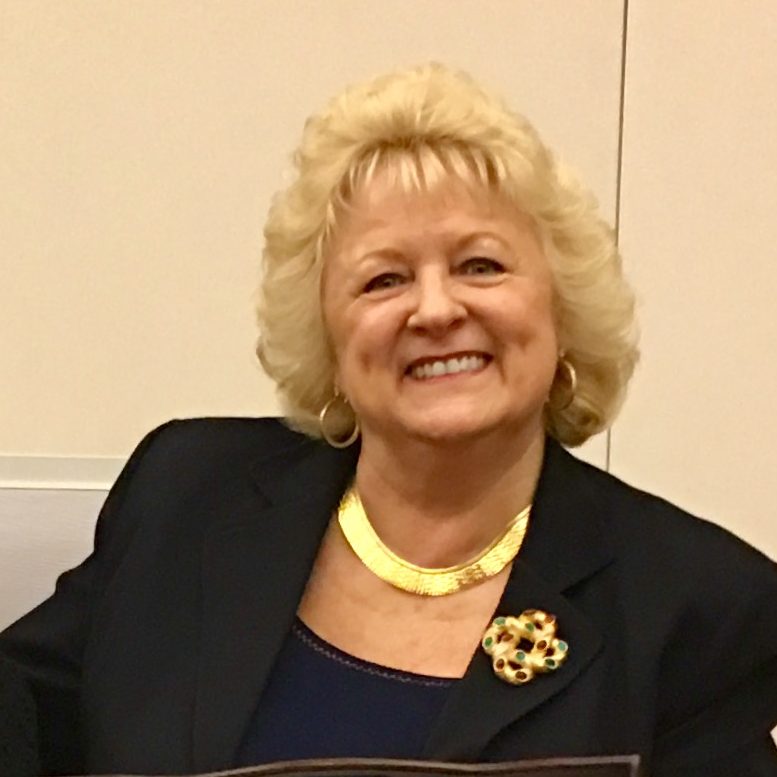 Tricia Simpson has served on the SHC Board since 2016, most recently serving as the Board’s Chairperson.  She is retired from her most recent position as Legislative Assistant to State Senator Jill Vogel.  Previously, Tricia was employed in education, rehabilitation, and child abuse prevention/ treatment positions.  She is past Chairman of the Frederick County School Board and Campaign Chairman of the United Way of the Northern Shenandoah Valley.  Currently, Tricia serves as the Chairman of the Winchester Department of Social Services Advisory Board and is a Board member of the Rotary Club of Winchester.  She received her BA in Criminology from the University of Maryland 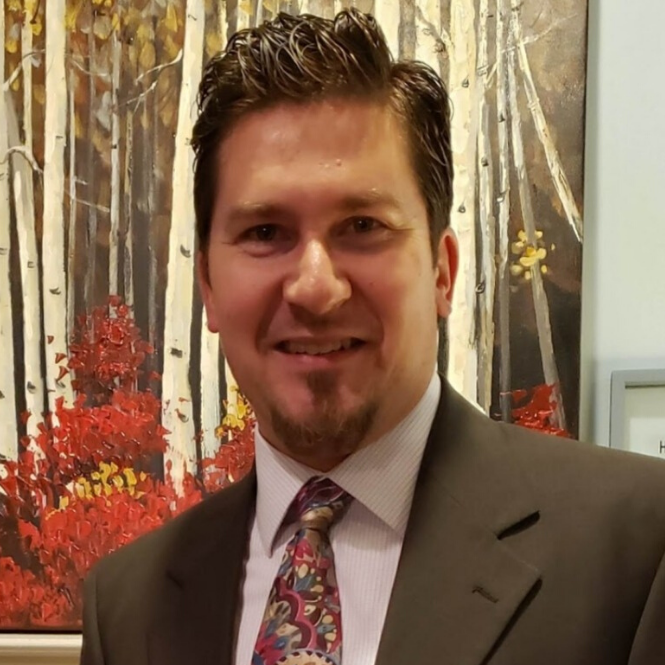 Dr. Pearce-Gonzales is a professor of Hispanic Studies at Shenandoah University since 2005. As a vocal proponent of community service and community engagement, he serves on the Winchester Public School Board and the Board of Directors for the Scholars Latino Initiative in addition to the Board of Directors for the Sinclair Health Clinic. He is the proud father of three multilingual children and he and his partner are happy to call Winchester home. 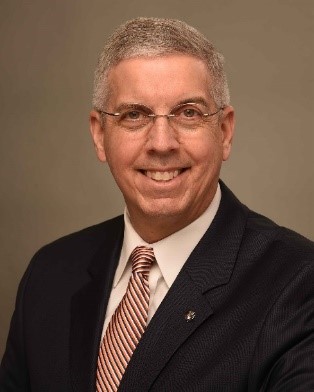 Vice Admiral Dan Abel (retired) served over 37 years in the U.S. Coast Guard, culminating as its Chief of Operations. Other senior roles included leading all Coast Guard units in the Northeast U.S. and later forces in Alaska and the emerging Arctic.  Interagency and joint military roles included Chief of the COVID Joint Coordination Cell for the Secretary of HHS, Director of Operations of U.S. Southern Command, and Deputy Director of Operations at U.S. Northern Command.  Flying helicopter and jet aircraft, he commanded Coast Guard Air Stations in San Francisco and Cape Cod.  He holds degrees from the Coast Guard Academy, the National Defense University, and the College of William and Mary.  He is President of the consulting firm “Status Paratus,” and a Senior Fellow for National Defense University and RAND Corporation.  Admiral Abel is an Eagle Scout. 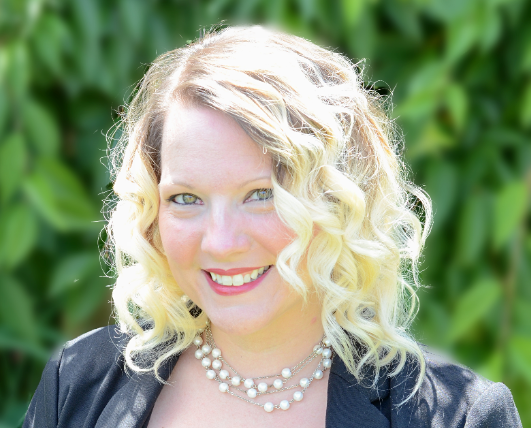 Christy S. Grim earned a degree in Information Sciences and Technology from Pennsylvania State University, with a minor in Security Risk Analysis. She is currently working as a Research and Development Project Manager, while also working towards a Master’s in Project Management. Prior to her technology career, she held certifications from The American Board of Opticianry and a Virginia State License for Opticianry. To continue her eighteen years’ worth of experience in Optics and healthcare, she has been involved with a non-profit provider of medical clinics and helps to deliver free dental, vision, and medical care to under-served and uninsured 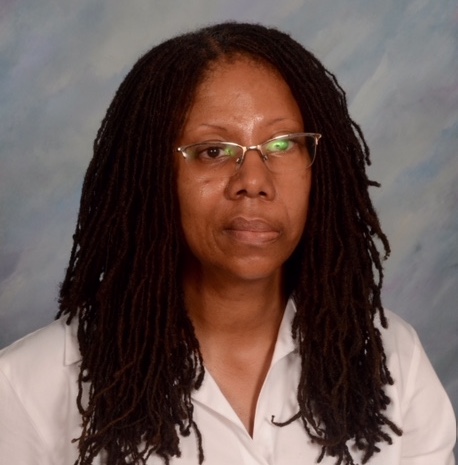 Karen M. Anderson Holman currently serves on the SHC Endowment and Policy committees.  Karen is an Attorney and Counsellor at Law in private practice at The Law Office of Karen M. Holman, PLLC, and previously served as a Contracts Manager at Sprint/Nextel.    She received her Juris Doctorate from American University’s Washington College of Law, her Bachelor of Arts from Alaska Pacific University, and an Associate of Arts from the University of Alaska Anchorage.  Karen also serves on the boards of the Winchester Public Schools and Faithworks, Inc., and is a member of the Northern Shenandoah Valley Alliance for Children, Youth & Families. 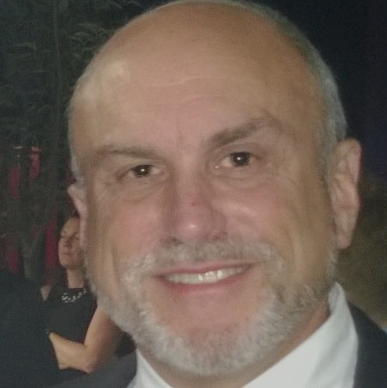 James “Jim” Kent currently serves on the Board of Directors of the Sinclair Health Clinic.  He is in his second year of service and is currently a member of the Endowments Committee.  Jim retired from a Position as Natural Gas Trader at Washington Gas Energy Services.  He retired from the US Navy as a Captain, having served on Nuclear Submarines and the staff of Commander, Naval Submarine Force.  He received his MBA from the University of Virginia and a BS in Engineering from Cornell University.  Jim also serves as a volunteer for the Shenandoah Valley Discovery Museum and The Laurel Center.  He keeps busy as a part-time employee with Winchester Medical Center. 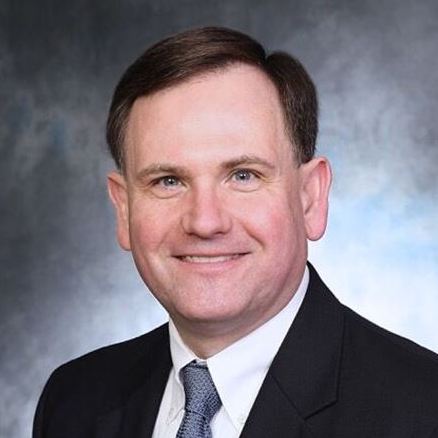 Grady W. (Skip) Philips, III, currently services as Board Trustee of the SHC.  Philips is the senior vice president at Valley Health System and president of Winchester Medical Center. He joined the Valley Health team in 2013 with 27 years of executive experience as a corporate officer, chief executive, and administrator of healthcare facilities providing a continuum of services from acute care to rehabilitation and retirement communities. 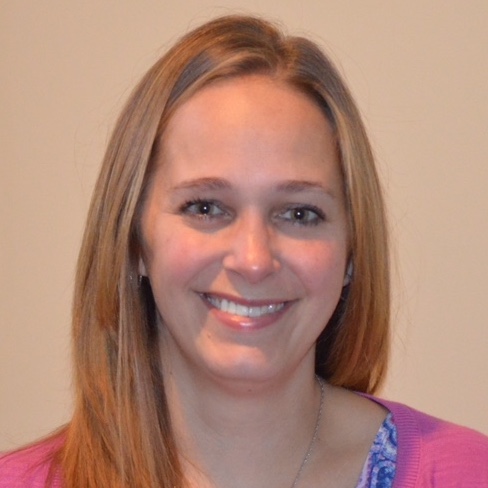 Jessica Watson joined the Sinclair Health Clinic board in August 2016.  She is a registered nurse and has worked in multiple inpatient nursing roles caring for patients with chronic disease.  Jessica is currently the Director of the Chronic Disease Resource Center at Winchester Medical Center. In this role, she focuses on the development, implementation, and enhancement of programs to serve patients and families with chronic illness through education and connection to resources. She received her BSN from Indiana University of Pennsylvania and completed her MSN and MBA through Walden University. 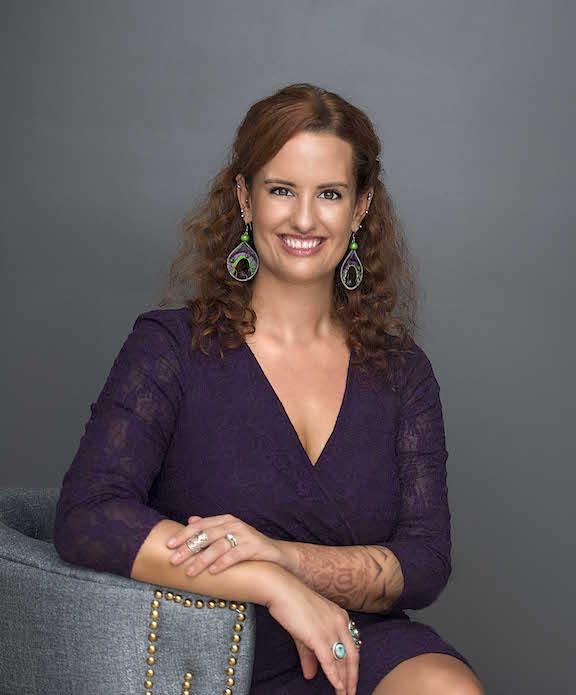 Abigail Gómez is a Latinx visual artist, teaching artist, arts and community advocate, founder of Arte Libre VA, and owner of Pretty Girl Painting, a fine art and mural painting business. She received an MFA in painting from the Academy of Art University in San Francisco and a BFA from Virginia Tech. Abigail currently teaches art through Pretty Girl Painting, the Shenandoah Valley Discovery Museum, Arte Libre VA, and she is an Adjunct Art Professor at Shenandoah University. She also facilitates international community mural projects and American travel between the US and Cuba.

Abigail finished serving an appointed position of Commissioner on the Virginia Commission for the Arts this year, where she was an officer for three years and most recently the first Latina Chair of the VCA. She continues to serve on the VCA’s IDEA Committee and nationally she is serving as Co-Chair for NASAA’s People of Color Affinity Group as well as on the NASAA board of directors.